The Legend of the Fountain of Youth 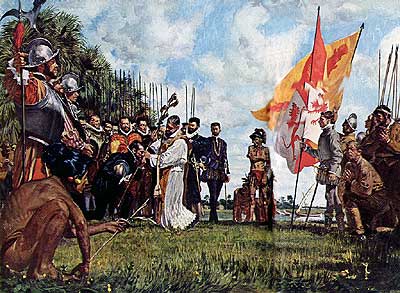 Ponce De Leon landed on the strange land of what later would be known as Saint Augustine, Florida on April 3rd, 1513. When he gets off of his ship, he meets these tall, tan, healthy looking individuals. The Timucua native Americans. Ponce De Leon was quizzical about how their elders were able to grow so old and still look healthy. He saw that they were drinking water that came out of the ground, he called this water deposit “la fuenta”- the Fountain.

Ponce De Leon never in his journals mention a magical fountain that could restore health and make people last forever. So where in the world did the legend of the Fountain of Youth come from? Gonzalo Fernandez de Oviedo wrote about Ponce De Leon’s travels in 1535 and talked about the magical fountain water which he placed in Biminy. The legend grew from there with other authors spinning the tale of Ponce De Leon’s travels. Why did Oviedo say Ponce De Leon was looking for magical waters? Many think he did it to generate favor in the courts.