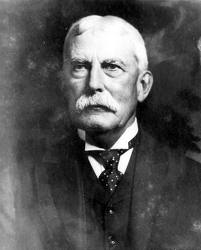 I feel it only right to introduce myself. My name is Morganne and I have been a tour guide with Ancient City Tours and A Ghostly Encounter since 2008. If you also follow our Ghostly Encounter Blog as well, you probably already know who I am. In any case, I absolutely love my job as a tour guide and religiously present myself for “school tour season” every year. “School tour season” is what all of the guides in town call the period of time either before or after the state standardized testing for schools in Florida; the time for a field trip to Saint Augustine. If you’ve been around town anywhere from March to June- you’ve seen them. Thirty to fifty fourth graders following behind their tour guide, heading to all the best stops in the city. Every year, before this rush of field trips I do extensive research on the history of Saint Augustine- you’d think, after eleven years, I knew all I could know about our quaint little city. The truth could not be farther! Every year I am amazed at how much new information I learn! Every year, all of the studying I do seems to motivate me to learn more and more. Well, it’s either the studying that motivates me, or the fear of looking stupid when I don’t know the answer!

The following is a story I learned of just recently, in a book I highly recommend, “Mr.Flagler’s St.Augustine”- I found it to be one of my favorite stories.

Henry Flagler owned a very large portion of St.Augustine during the Victorian era. Everything from the storm drains to the real estate and railroad, Mr. Flagler had it all. Partners with John D. Rockefeller, they owned The Standard Oil Company. Henry Flagler is responsible for building a few of the most beautiful hotels in the state if not the nation: The Ponce de Leon Hotel and The Alcazar Hotel. Both exquisite in detail and beauty, but The Ponce de Leon was no doubt more elite. During construction on The Ponce, a man was working as his “project manager” in today’s terms. His name was James McGuire. James McGuire had a housekeeper who soon had a son, Amos Phillips. Amos became known to McGuire as his “errand boy” but eventually, later down the line almost a son. One day McGuire put Amos in charge of some particularly valuable materials- instructing him to keep everyone out of the room and by NO means allow anyone to smoke nearby.

Not long after these instructions were given, a man came up smoking a small cigar. Amos very proudly told the man, “I don’t know who you think you are sir, but you are not to smoke in this area. Take your cigar and all that smoke with you!” That man smoking a cigar was, in fact, Henry Flagler. Mr.Flagler went right up to McGuire after the incident and asked “who the Negro man working in the storage room” was. “His name is Amos,” McGuire replied, “why sir, did he do something wrong?” Mr. Flagler replied quickly “Wrong? Absolutely not! That boy is the best worker we’ve got and I want to see that he gets paid for his efficiency and trustworthiness!”.

Amos Phillips went on to work for Henry Flagler and his business for fifty-one years after that, becoming very close- even something of a son- to Mr. Flagler. Mr.Phillips retired in 1936, “with great acclaim to his faithful service”.