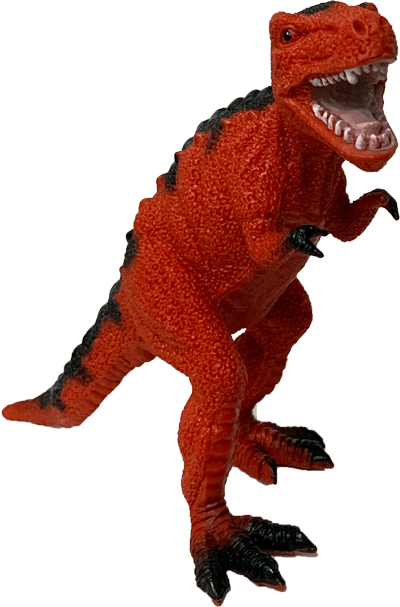 Ancient City Tours was founded in 1998 by Diane Lane, a St. Augustine native and is a receptive tour operator in St. Augustine, Florida. Whether you are an individual, couple, group, or an entire school, we can ensure that your memories go as planned. Our relationships with not only the attractions, but the people behind the scenes, assures that you will have the opportunities to see all of St. Augustine, and we can save you some money while you’re at it.

Scroll down to see all we have to offer! 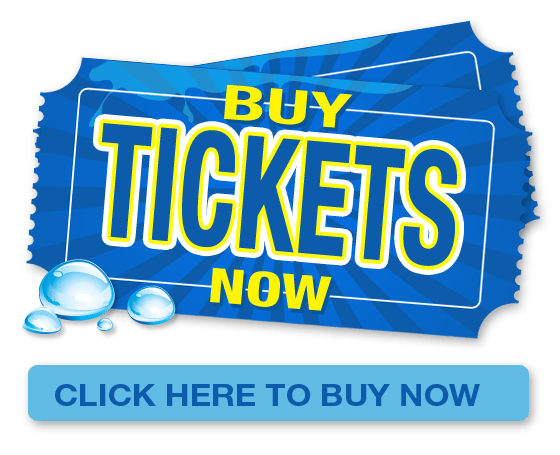 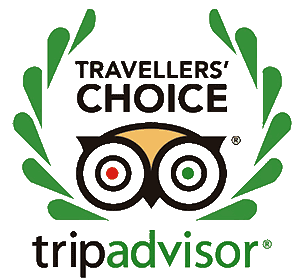 Events in St. Augustine and Ponte Vedra Beach run the gamut, from foodie festivals to golf tournaments to re-enactments of events from our history... 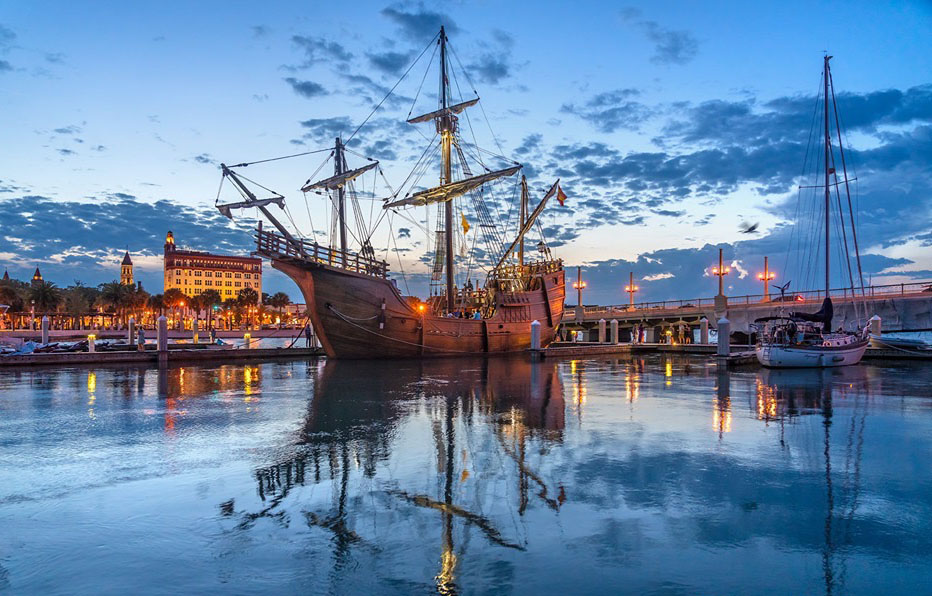 Our city is yet to be discovered!

It is said that the U.S.A. does not have so many years of history to show, but you discover that it is not true when you arrive to this very beautiful city, St. Augustine, Florida, the oldest city in the U.S. and here you will find a wealth of history. Yes, this is the Nation’s Oldest City and the oldest known city in the USA. 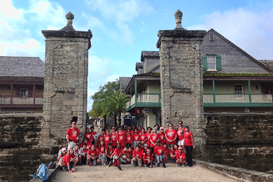 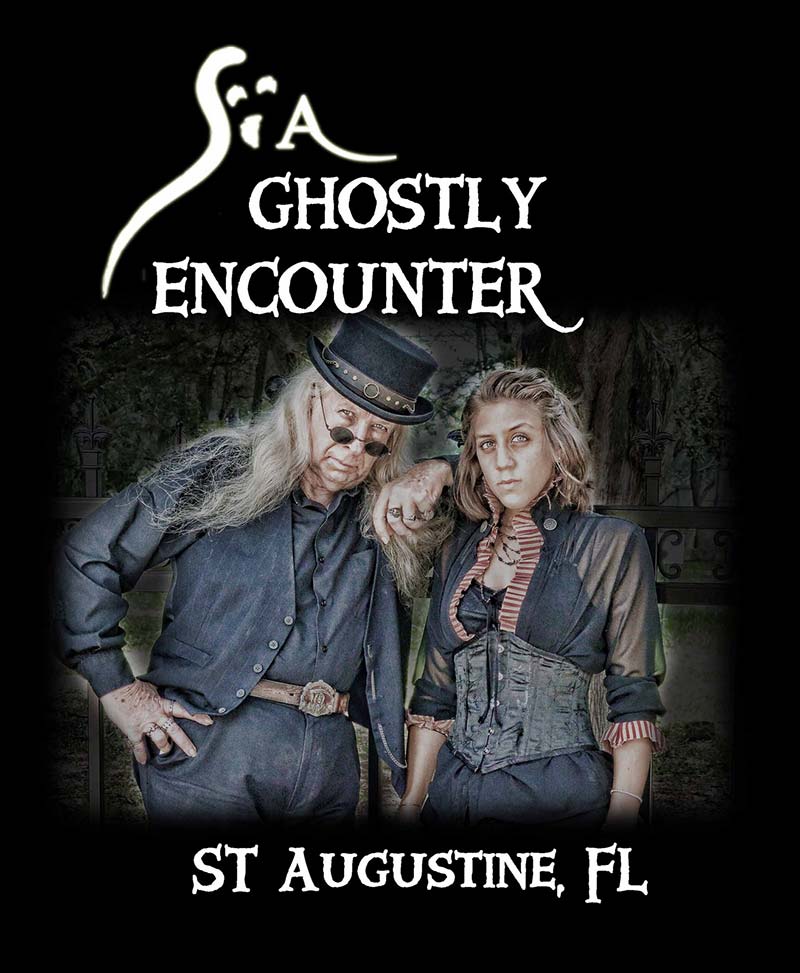 A 90 minute walking tour 7 Nights a week. Join our Storytellers as they take you through the dark streets … 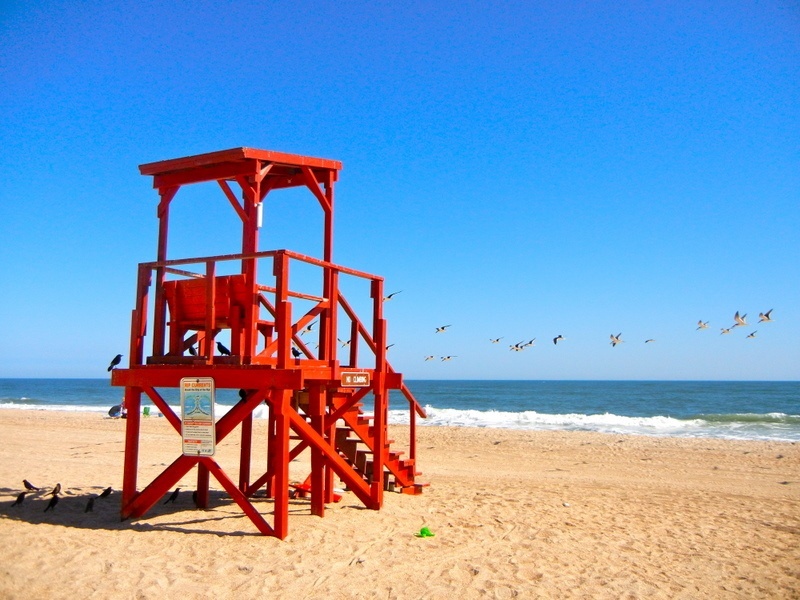 Whether you are looking for history, romance, ghosts or just plain fun, St. Augustine, our Nation’s Oldest City…

A Paranormal investigation inside a pub built on truly historic ground steeped in tragedy. Great for novice investigators and experts alike. Read more…

Ever heard of Florida being weird? Well... It all starts here. UFO's, the St. Augustine monster, serial killers, mysteries and more.
Read more...

This informative, exterior history tour of the Castillo De San Marcos will explain the how, what, why, and when of the old fort.
Read more...

Come along as your guide takes your back in time to Henry Flagler's St. Augustine. Hear stories of life in the 1800's on this historic walk.
Read more... 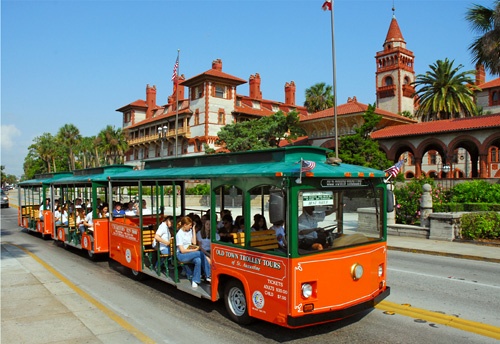 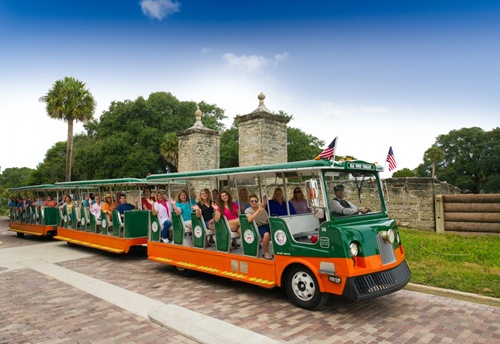 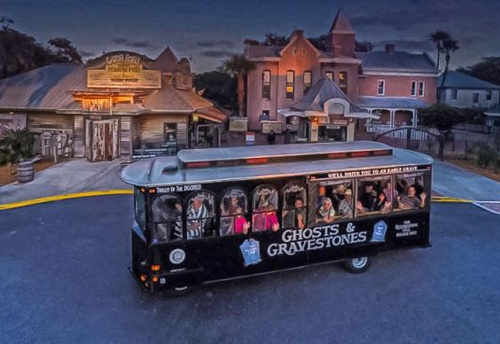 Ancient City Tours is at Fountain of Youth Archaeological Park.
Fountain of Youth Archaeological Park
This is my new friend, Juan Ponce de Leon. That’s a really long name, so let’s just call him Ponce. Ponce lived over 500 years ago, and this picture is one of the only portraits we have to see what he looked like. I wanted to have a photo of he and I standing side by side, so I had to draw on some legs for him to stand on, and I think I did a pretty good job. In fact, you might not have even noticed if I hadn’t told you!
Ponce was an explorer who is most famous for discovering the Fountain of Youth. In fact there’s a whole archeological park named after him and his discovery right here in Saint Augustine. However, I went to Ponce de Leon’s Fountain of Youth Archeological Park this week and learned a TON of other cool stuff that he did as well. Did you know that Ponce sailed with Christopher Columbus on his second exploration voyage in 1493? Ponce was a respected Spanish leader and served as the first governor of Puerto Rico. However, Ponce was replaced by a relative of Christopher Columbus, so Ponce decided to go exploring and find some new land to govern.
In 1513, Ponce sailed north from the Caribbean and landed on the east coast of Florida. He claimed the land for Spain and named it “La Florida”. La Florida is how you write the name of our state in Spanish, and you pronounce it: La (like you’re singing fa-la-la-la at Christmas) and floor-EE-duh (emphasize the ‘e’ and not the ‘floor’ like we say it in English).
When Ponce landed, he encountered the native Americans—the Timucuans—who already lived here. Ponce noticed two things upon exploring the land: first, that the native people had access to a beautiful fresh water spring. Second, he noticed that there were people in the Timucuan village that were much bigger and stronger and older than any of the people Ponce knew back in Europe. Back then, fresh water was a really valuable resource and often hard to find. In fact, the water in Europe would often become contaminated with waste. How could the water in La Florida be so clean and taste so good? And how come some of the Timucuan people were much bigger and stronger and living to be 80 or 90 years old when everyone that Ponce knew only lived to be around 40 years old?!?
Now here’s the silly part: Ponce never really said that the water was magic and would make you live a really long time. However, when people started sharing stories about what Ponce had discovered in La Florida, they couldn’t really come up with an answer about why the Native’s water was better and their people were growing older. So, they came up with their own explanation. They said, ‘Hey! Maybe that clean water is kind of magical and helps people live a really long time!” Now does that sound right to you? I didn’t think so. Here’s the real reason: the Timucuan had a very different lifestyle than the Europeans of that time. The Timucua had a healthy diet of fish, lean meats, and fresh fruits and vegetables. They were also in really good shape from swimming, running, and working around the land. Lastly, the Natives worked really hard to keep their fresh water supply clean for drinking and cooking. In contrast, the people in Europe weren’t nearly as health-conscious; in fact, they had a bunch of diseases and habits that would make them very sick, plus they didn’t always ensure that the water they used for drinking and cooking was kept separate from contamination. Yuk! Unfortunately, instead of realizing that it was the lifestyle and cleanliness of the Timucuan people that helped them grow older, everyone started telling the story that it was the WATER that made them live so much longer. Silly gooses. And now, you know the real reason, too.
Today, you can visit the same spring that Ponce de Leon encountered during his exploration and drink water from the very same source! Just remember, it’s not really going to make you older. You gotta try and eat healthy (even the broccoli), get some exercise, only drink clean water, and wash your hands after you get done playing. However, just to cover all the bases, you can always stop in the gift shop at the Fountain of Youth park and buy your own bottle of special water to take home as a souvenir (and share with all the old people in your life just in case).
Check out my pictures and video of my visit to the Spring House at the Fountain of Youth and come back next Thursday to see what else I learned at Ponce de Leon’s Fountain of Youth Archeological Park!